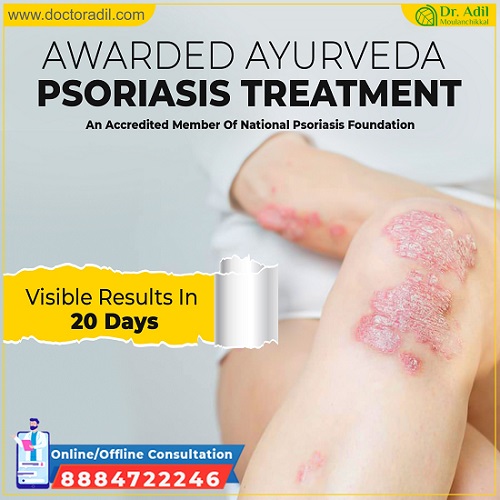 Living a healthy & happy life with Eczema is possible with Ayurveda. Eczema is a metabolic disorder that cannot be merely treated by controlling diet, stress or correcting immune system.

You get a holistic treatment that addresses the root-cause of the problem and gives you 360° improvement. Untreated & Uncontrolled Eczema can lead to severe damage of joints, skin and the nervous system.

Nothing magical going on here. All we're doing is taking advantage of our combined experience of more then 30 years of experience and authentic classical Ayurveda treatments to offer geniune Eczema Reversal Treatments.

90% of patients do not switch to any other alternative treatment. 73% of our new patient walk-in account from refferals from treated patients. 85% patients who received allopathic, homeopathic & other treatments earlier recommend us as the best solution to their problem.

Atopic dermatitis (eczema) is a condition that makes your skin red and itchy. It's common in children but can occur at any age. Atopic dermatitis is long lasting (chronic) and tends to flare periodically. It may be accompanied by asthma or hay fever.

This happens when the skin becomes irritated or inflamed after coming in contact with a substance that triggers an allergic reaction. It bears some of the same symptoms as the six other types of eczema. But unlike atopic dermatitis — it doesn’t run in families and isn’t linked to other allergic conditions such as hay fever or asthma. It really depends on the patient and what they’re allergic to.

This type usually appears with dryness, redness and thick, greasy, white or yellow scales on the scalp, especially around the hairline and behind the ears. This type of eczema often looks like psoriasis, and some patients have both conditions. Seborrheic dermatitis isn’t contagious and is not an allergy, though some allergies can mimic it.

Why you should choose Dr.Adil's treatments?

– Works on the root-cause!

“Other than medicines, the diet and lifestyle play a very important role in complementing the effect of medicines as well as sustaining the benefit of treatment after the medicines have ended. So, Ayurveda equally focuses on your diet & lifestyle.”

The Only Awarded Ayurveda Centre For Complete Skin Treatment

Any cookies that may not be particularly necessary for the website to function and is used specifically to collect user personal data via analytics, ads, other embedded contents are termed as non-necessary cookies. It is mandatory to procure user consent prior to running these cookies on your website.

Send this to a friend